JTA – When part of the Champlain Towers collapsed early Thursday morning, plunging the seaside town of Surfside, Florida into tragedy, it also touched the hearts of a thriving and growing Jewish community.

As of Friday morning, the deaths of four people had been confirmed and local authorities said 159 were still missing. Search and rescue teams are still trying to find survivors in the rubble, and the cause of the disaster is still unknown. Jewish organizations and synagogues rallied to raise funds and gather supplies for families in the building.

Here’s what you need to know about the Jews in and around Surfside as the city and community grapple with an evolving disaster.

The region is more than a third Jewish, with a large Orthodox population

Surfside is one of four small towns that together make up North Beach, the northern end of Miami Beach, just east of the city of Miami. The area covers the top of a narrow strip of land on the Atlantic Ocean. Other towns in North Beach are Bal Harbor, Bay Harbor Islands and Indian Creek.

The region is more than a third Jewish. In total, North Beach has more than 14,000 residents and more than 5,000 Jews, according to Ira Sheskin, author of a 2014 study of the Jewish population in the greater Miami area.

Jews began to arrive in significant numbers in the 1950s after widespread anti-Semitic discrimination by local establishments began to fade. Today, a neighborhood where a hotel once advertised itself with the slogan “Always a sight, never a Jew” is home to a vibrant and practicing Jewish life.

Miami Beach is dotted with synagogues and kosher restaurants. North Beach Jews, in particular, are more observant than American Jews as a whole, according to Sheskin. They are 34% Orthodox, 24% Conservatives, 18% Reformed and 24% â€œjust Jewsâ€. In contrast, American Jews are more generally around 10% Orthodox.

Sheskin said Jews came to North Beach for the weather, the beach – and the Shul of Bal Harbor, a large congregation led by a Chabad rabbi whom Sheskin called “one of the most successful Orthodox shuls in the country.” .

The region has a large Latin American Jewish population, as well as retirees and young families

Miami has a large percentage of Hispanic Jews, many of whom come from families who came to the area after leaving Cuba, Colombia, Argentina, Venezuela and elsewhere.

North Beach is no exception. According to Sheskin, the region’s Jewish community is 30% Hispanic, although he said given the small numbers, it is difficult to know which countries Hispanic Jews in North Beach are from. It’s only 1% Israeli. 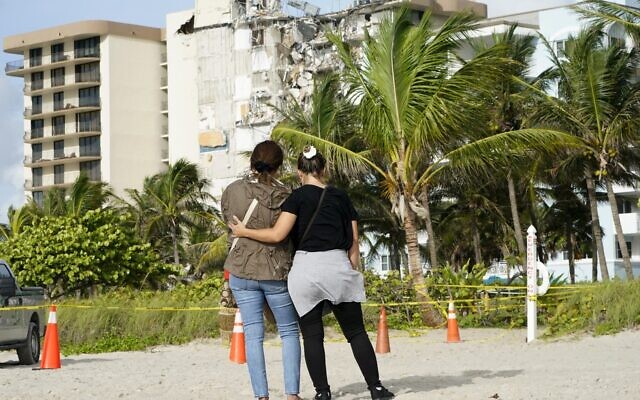 Jews in the region are also 13% Sephardic, compared to 3% of American Jews nationally.

And the Jews in the region are wealthy. The median income of Jewish households in North Beach is over $ 150,000, more than double the median income in the United States.

Climate change is a growing concern – but Jews can still come

While the cause of Surfside’s collapse is still unknown, officials fear climate change may have contributed to it. Sheskin says that in general rising temperatures and sea levels are cause for concern, but he doesn’t expect them to dissuade Jews from staying in North Beach.

â€œThere is no doubt that as the climate changes, South Florida is going to be one of those areas that is going to suffer,â€ he said. â€œThe flood is already there, you are at the water’s edge, you may be affected by hurricanes. 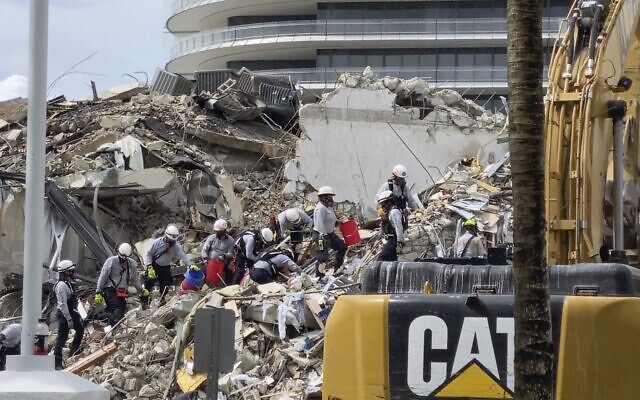 This photo provided by Miami-Dade Fire Rescue Search and Rescue personnel search for survivors in the rubble of the Champlain Towers South Condo in Surfside, Fla. In the Miami section on Friday, June 25, 2021. The building s ‘partially collapsed on Thursday. (Miami-Dade Fire Rescue via AP)

He added: “We can see more and more buildings moving away from the water, but there is such an attraction to getting up in the morning and looking at the Atlantic.”

And while the reality of climate change is being felt right now, Sheskin said retirees might not place as much emphasis on the worsening effects that will hit the region eventually.

â€œIt is a place where a large Jewish population has grown and is likely to continue to grow,â€ he said. â€œIf you move in there and you’re 70, what will happen in 20 or 25 years is not as important.

I am proud to work at The Times of Israel

I’ll tell you the truth: life here in Israel is not always easy. But it’s full of beauty and meaning.

I am proud to work at The Times of Israel alongside colleagues who put all their hearts into their work day in and day out, to capture the complexity of this extraordinary place.

I believe our reporting sets an important tone of honesty and decency which is essential for understanding what is really going on in Israel. It takes a lot of time, commitment and hard work on the part of our team to achieve this.

Your support, by joining The Times of Israel community, allows us to continue our work. Would you like to join our community today?

Join the Times of Israel community Join our community Already a member? Log in to no longer see this

Are you serious. We appreciate this!

We are really glad you read X Times of Israel Articles in the past month.

That’s why we come to work every day – to provide discerning readers like you with must-see coverage of Israel and the Jewish world.

So now we have a request. Unlike other media, we have not set up a paywall. But since the journalism we do is expensive, we invite readers for whom The Times of Israel has become important to help support our work by joining The Times of Israel community.

For as little as $ 6 per month, you can help support our quality journalism while benefiting from The Times of Israel WITHOUT ADVERTISING, as well as access to exclusive content reserved for members of the Times of Israel community.

Traffic enters and exits Helen, Georgia on Friday, Jan. 21, 2022. Helen is located in White County, in the foothills of the Blue Ridge Mountains in northeast Georgia, where officials were stunned when the 2020 census reported the county had a population of 28,003. residents. A 2019 Census Bureau estimate had put the county’s population […]

Rediscovering the French at the start of Florida

Joseph Cotto, a podcast co-contributor with me, self-published a book, An eye for an eye, which deals with a topic most American historians may never have encountered. He examines a group of 16e-century explorers and settlers who, as early as 1562, established a colony, Charlesfort, on Parris Island, South Carolina. This group of settlers was […]

The life of an expansion team in any sports league is almost always a bumpy ride. There is the excitement of new beginnings, the promise of what might come in the future, but there is rarely, if ever, much payoff involved. This was certainly the case during the inaugural season of Florida Roots, the first […]